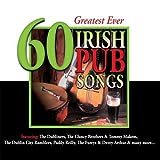 1) I’ll tell me ma, when I go home,
the boys won’t leave the girls alone.
They pull my hair, they stole my comb,
and that’s allright till I go home.
She is handsome, she is pretty,
she’s the belle of Belfast city,
she is courtin’, one, two, three.
Please won’t you tell me who is she?

2) Albert Mooney says he loves her,
All the boys are fighting for her.
They rap at the door and they ring at the bell,
Saying: "Oh, my true-love are your well?”
Out she comes as white as snow,
Rings on her fingers, bells on her toes,
Old Jenny Murphy says she’ll die.
If she doesn’t get the fellow with the roving eye.

3) Let the wind and the rain and the hail blow high
And the snow come shovelling from the sky
She’s as nice as apple pie
And she’ll get her own lad by and by.
When she gets a lad of her own
She won’t tell her ma when she gets home
Let them all come as they will.
But it’s Albert Mooney she loves still.